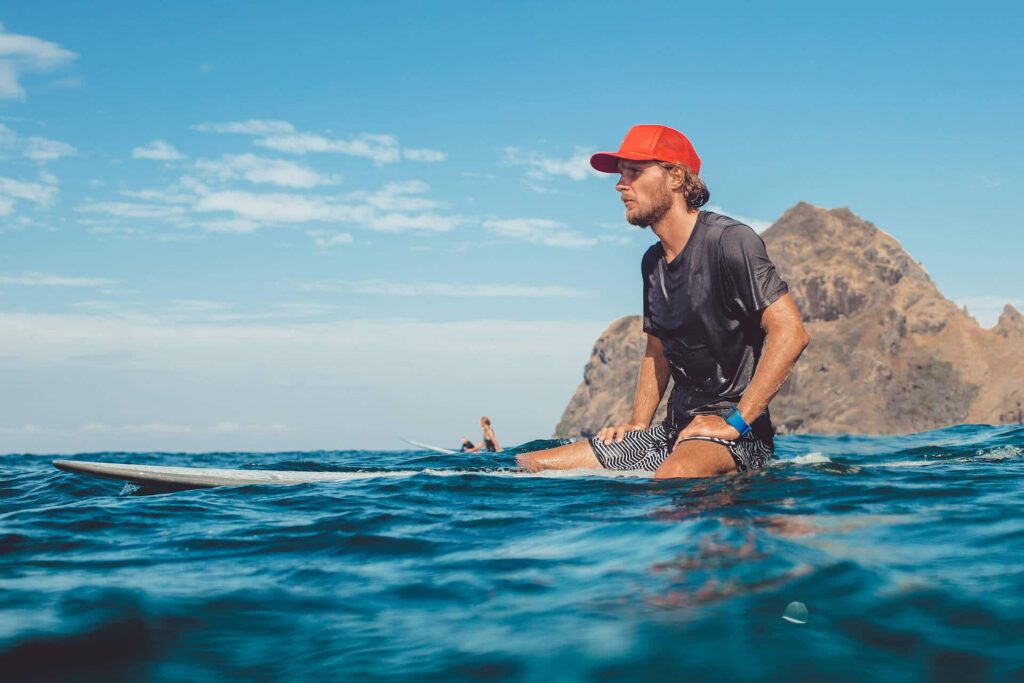 In our first blog post, I would like to talk about how the WavesTracker idea was born and how it evolved to what it is today.

It all started when a good friend of mine purchased a “Surf Tracking Device” and shared a few of his surf sessions with me. I was hooked, the details and ability to keep track of my surf sessions and my progression on the sport is something that I felt that I was waiting for. However, I did not want to attach a ‘dongle’ to my surfboard.

After a couple of weeks of waiting on a price drop, I watched a TV ad (from a big mobile phone maker) where a group of people jumps in the water with their phones. That right there and then was when the idea struck me, phones do have a lot of sensors, I could use that! And this is how the WavesTracker Version 1 was born.

After about 6 months (perhaps less than that) and less than 50 downloads of the app, I had to rethink the idea of using a smartphone/mobile device. At that time my previous watch had just died on me (water), that’s when I thought about getting a Fitness Tracker with GPS and giving that a shot.

With the way the app has been designed (to process the data collected after a surf session), it was easy to create a prototype to check if it would be possible to make the most of a watch that was GPS enabled and waterproof. The initial results were good, WavesTracker Version 1.5 was then developed.

Since then, a renewed focus with a platform choice, design and fine-tuning of results and data processing led to the creation of WavesTracker Version 2. It certainly would not be possible without the help of many people and I leave here my thanks to all of you.

Thanks for reading and until next time, cheers!

Get in touch with us on the email address below. We endeavor to answer all inquiries as soon as possible.
info@wavestracker.com
We use cookies on our website to give you the most relevant experience by remembering your preferences and repeat visits. By clicking “Accept”, you consent to the use of ALL the cookies.
Do not sell my personal information.
Cookie SettingsAccept
Manage consent

This website uses cookies to improve your experience while you navigate through the website. Out of these, the cookies that are categorized as necessary are stored on your browser as they are essential for the working of basic functionalities of the website. We also use third-party cookies that help us analyze and understand how you use this website. These cookies will be stored in your browser only with your consent. You also have the option to opt-out of these cookies. But opting out of some of these cookies may affect your browsing experience.
Necessary Always Enabled
Necessary cookies are absolutely essential for the website to function properly. These cookies ensure basic functionalities and security features of the website, anonymously.
Functional
Functional cookies help to perform certain functionalities like sharing the content of the website on social media platforms, collect feedbacks, and other third-party features.
Performance
Performance cookies are used to understand and analyze the key performance indexes of the website which helps in delivering a better user experience for the visitors.
Analytics
Analytical cookies are used to understand how visitors interact with the website. These cookies help provide information on metrics the number of visitors, bounce rate, traffic source, etc.
Advertisement
Advertisement cookies are used to provide visitors with relevant ads and marketing campaigns. These cookies track visitors across websites and collect information to provide customized ads.
Others
Other uncategorized cookies are those that are being analyzed and have not been classified into a category as yet.
SAVE & ACCEPT